University of Texas at El Paso

Ph.D. Research and Thesis: The characterization of BC and BrC absorption coefficient in the El Paso-Ciudad Juarez Airshed. Research Association: NCAS-M, Cohort 3.

Black (BC) and Brown carbons (BrC), are pollutants that affect people’s health, the ecosystems, and the global climate as precursors of global warming (UNEP and CCAC, 2016; MMA 2018; Molina et al. 2015; Mazzeo et al. 2018). They are considered fine particulate material (aerodynamic diameter less than 2.5 micrometers) that impoverishes air quality in cities, human health, and crops. BC and BrC have a similar structure to graphite consisting of aggregates or chains of small spherules (between 10 and 50 nm approximately); they transform into a gas at very high temperatures (> 4000 ° C). They are insoluble in water and other solvents; finally, they effectively absorb solar radiation in the visible spectrum. (Bond et al., 2013).  These pollutants remain in the atmosphere for a few days until it is deposited on soils, snow, and other earth surfaces. Having the property of absorbing solar radiation, BC and BrC increase the temperature of these surfaces, accelerating, for example, the melting process of snow and ice (Rowe et al., 2019). In addition, it intervenes and modifies the methods of the formation of clouds and ice in the atmosphere. Therefore, despite its short life in it – compared to greenhouse gases that can be maintained for more than a century – their effect as a forerunner to climate change is critical, and its mitigation has short-term results.   The cities of El Paso and Ciudad Juarez have seen a few studies related to the black carbon risk to the health of school-age children. No BrC study has been done in this region. We consider that a characterization of BC and BrC sources and behavior in our area is essential as our airshed is already polluted by a baseline amount of BC and BrC. We have observed that there is a big increase from this baseline during the winter season and during summer (wildfire season) that should continue to be monitored.

The detection of gravitational waves (GW) has directly opened a new era in the observation of cosmic events. One hundred years after its theoretical prediction we find ourselves immerged in the multi-messenger study of the signals at the root of gravitational wave detection. The electromagnetic (EM) counterpart to GW is the optical portion of that signal and the main objective in the organization of TOROS Collaboration: finding and studying kilonovas, the name given by Metzger (Metzger et al, 2010), to the EM counterpart to gravitational waves. In order for TOROS to find kilonovas, it needed to create a python language pipeline. One of the steps of the pipeline was the design of an image calibration method script, also written in python language: Imageredux. In this thesis the author gives an account of her part on the design of such script and its application to the field of HAT-P-27 (images captured on the night of June 22, 2017), as a test subject. Also, and account of TOROS Collaboration detection of the kilonova SSS17a found as a counterpart to GW170817 is given.

BS research publications: A new contact eclipsing binary in the field of KOI 1152

We report the discovery of the variability of the star J194643.44+472029.4. This object is a contact eclipsing binary system with a period of about 0.346 d and components of near-equal temperature.

A new contact eclipsing binary star, designated in the WISE catalog as J194643.44+472029.4, was discovered during research on the transiting planet candidate KOI 1152. A search in the General Catalog of Variable Stars as well as a literature search in the SAO/NASA Astrophysics Data System revealed that this star has not yet been documented as a variable. This field was observed on multiple nights from 2011-2014 with the 0.9 m optical telescope at Brigham Young University’s West Mountain Observatory. Data were taken in the B, V , R, and I filters of the Johnson/Cousins system. The images were reduced using standard procedures in IRAF, and differential aperture photometry was performed using the brightER program (Ranquist 2013) that was developed at BYU. J194643.44+472029.4 has an apparent V magnitude ranging from about 16.25 to 16.75. 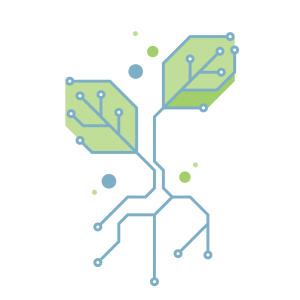